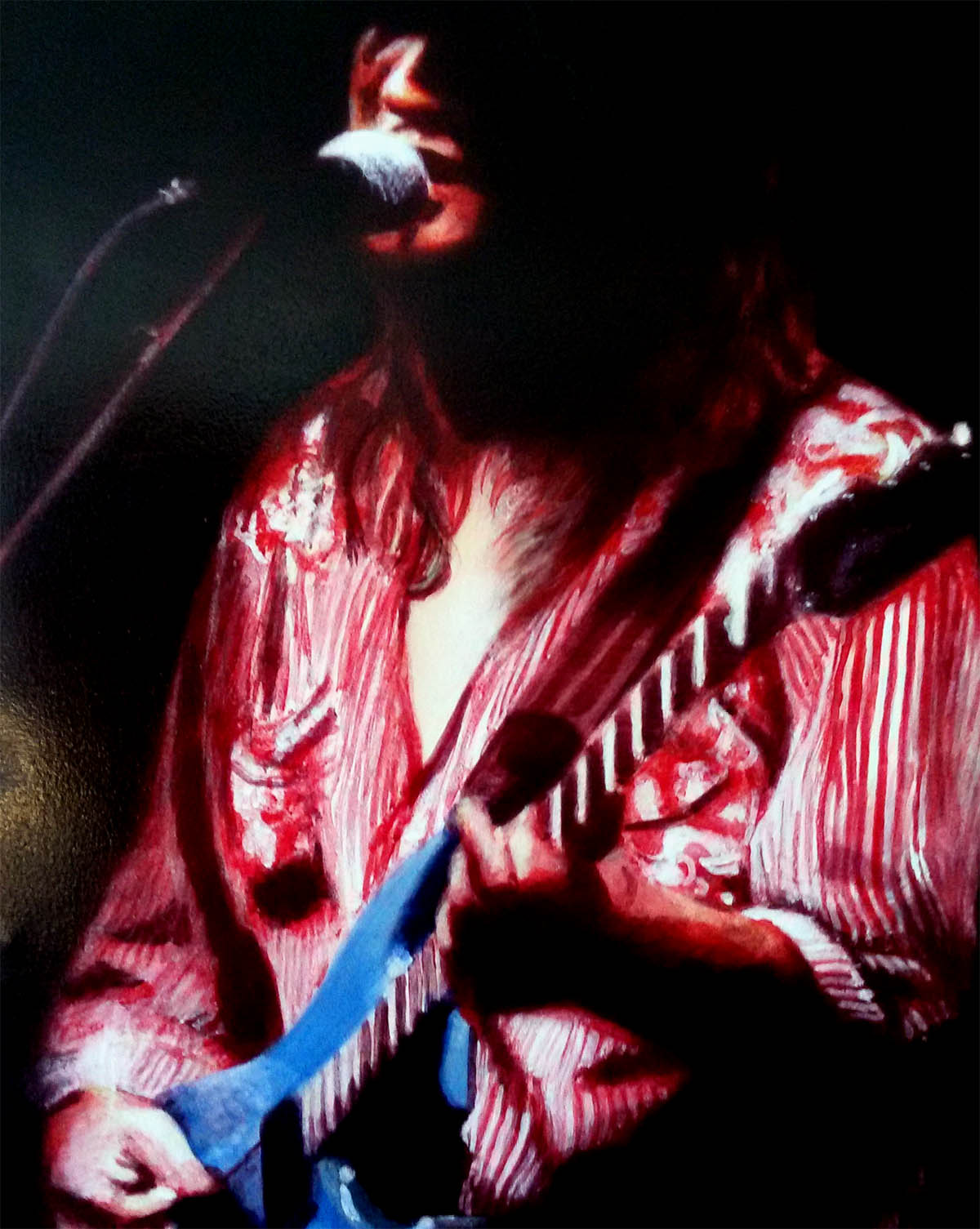 Freaking out with LYVE WYRE

Back in the beginning of the 90s I used to play in a hard and heavy band called LYVE WYRE. I was their singer and lead guitarist. Although we did not make it very far we recorded a few songs. This one, Thunderstorm, is my favourite one.

You feel the power, the power of hate
Rising inside of your brain.
So many warnings came so much too late
They didn’t know you’re insane

Tha land will be wasted the walls tumble down.
There ain’t no blue in the sky.
From top of the mountains to valleys below
Children and widows will cry.

Tell me the truth about it all
Will we survive ore will we fall
down?

No place on earth to hide away
No one can stop the thunderstorm.

Picture Credits: The Painting by Robert Johnson shows me during a concert of Lyve Wyre in 1992.